Top Illuminati Bankers Have Been Removed 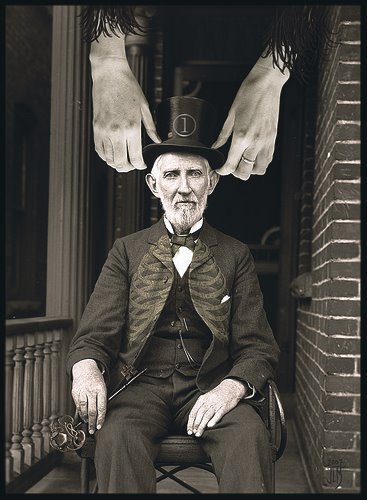 Now then, through meticulous arrangements to assure that all is in accordance with your laws, the top echelon of Illuminati in the banking and lending industry have been removed from their positions and will face legal prosecution. "Feeling the heat," others are leaving voluntarily, and retrieval of the Illuminati's stolen fortunes is underway. Military leaders are cooperating with the light forces to impede aggression by troops still in the Illuminati camp, and the destruction of some of their cavernous underground areas has halted heinous experiments and other covert activities.

Within the months ahead, governmental shake-ups will weed out Illuminati members or those acting under their control, and persons with moral and spiritual integrity will step in. The nascent governments born in "Arab spring" will become stabilized and tyrannical regimes will fall. Rampant corruption in multinational corporations will meet its well-deserved end; directors who serve the interests of the populace will remain, those who are greedy and self-serving will go. National economies in bankrupt status will not be successfully revived; the global economy will reach rock bottom and an honorable system will start operating worldwide. Wars, violence, deception, oppression and media censorship will cease incrementally as the dark hearts and minds among you leave the planet.

It can be no other way—simply, this is the physics that governs life in this universe. As Earth continues apace into successively higher planes, nothing with low vibrations in any form—physical bodies, subversive plans, theft, dishonesty, unjust laws and imprisonment, bigotry, cruel customs and deeds—can survive.

Moving on, no, it will not be quite like religions being "totally discarded and replaced by universal laws in the Golden Age." When the truths come forth that science and spirit are one and the same and that religious dogmas were originated by early leaders of church and state to control the masses, people whose consciousness has risen beyond the constraints of third density will adhere to the spiritual aspects of their respective religions and the devised, controlling aspects will fall by the wayside…

Divisiveness has long been an effective tool of the dark ones. Not content to divide the peoples only through religions, they have separated you into other conflicting camps by attaching labels to social strata, ideologies and philosophies, types of governing and political parties, and by labeling as a "conspiracy theorist" anyone who disputes official claims about any situation or event. These separations have kept duality flourishing down through the generations, thus miring the population in third density mentality. Rejoice with us that duality is acting out the final scene of its very long play on the planet!