What you all really want is to be loved, unconditionally 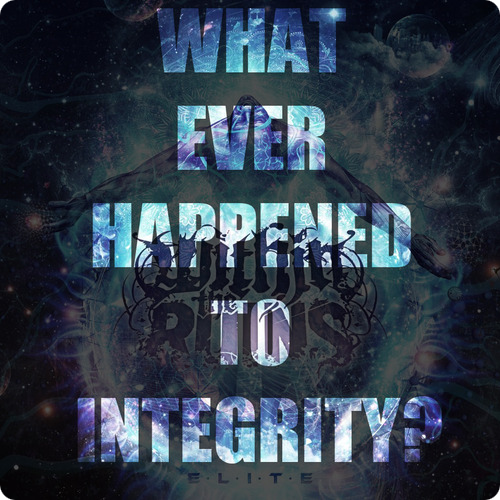 As the energy of the divine field of Love continues to intensify all across the planet, bringing enormous changes to how you perceive one another, expect world peace now! Because more than 95% of humanity most earnestly intend for it to materialize it will come into being. It is your natural state. War and conflict are not, but have enveloped you because your sense of separation has filled you with fear.

That fear is lifting because so many of you have, over the last several decades, met freely with people from other races, creeds, cultures, and religious faiths and discovered that you have far more in common with one another than you had imagined, and have realized that what divides you is simply fear and distrust of the unknown. And you now see that that is not something you need to fear. The unknown is yourself, the shadow side that has been buried and denied by every single human being, the normal desires and feelings that being human entails.

What you all really want is to be loved, unconditionally, and in your separated state you have closed down your awareness that you are eternally and unconditionally loved by God Who is Love. That is what separation means – a strongly felt absence of Love! Separation itself is unreal!

The love that the vast majority of humans experience is always conditional, and that is not Love. The result is that there is not one amongst you who has not at some stage felt deep within themselves a sense of abandonment, of worthlessness, and that is so intensely painful that you have had to bury it and deny it.

Even those of you who are consciously following a spiritual path based on God’s infinite and unconditional Love for all of creation, do, like all others, experience that sense of abandonment, of worthlessness. We in the spiritual realms, no longer trapped in form, keep reminding you, through those loving souls who act as channels or go-betweens twixt humanity and the spiritual realms – Reality – that your underlying sense of worthlessness, of not good enough is utterly unwarranted.

As divine creations of an infinitely loving God none of those anxieties and self-doubts are, or ever were or could be, in any way valid. Love is everything that exists, there is nowhere beyond or outside of Love, and as we keep telling you Love is always without conditions of any kind. And every single one of you is held securely and eternally within the field of divine Love.

You have an old saying “all is fair in love and war,” (The proverb “All is fair in love and war” has been attributed to Lyly’s Euphues, published in 1578). And many of you have at times fought for the love of another thinking that it was “the honorable thing to do,” because you thought it showed that you were serious, and that the one for whose love you fought would thereby be impressed. That attitude led to and encouraged war – “love of country,” a political slogan to divide and conquer, “love of God” a religious slogan with the same aim.

Humanity’s interpretation of love and its apparent meaning has caused untold suffering over the eons, but that insane interpretation has been slowly unraveling, mainly as a result of the increased amount of questioning that self righteousness and dogma have been exposed to over the last few hundred earth years.

Initially to question “authority” was severely frowned upon, mainly by those who considered themselves to be the authorities. But, more recently, the slogan “question all authority” has gained an unstoppable and irresistible momentum, leading to whistleblower’s revelations about the endemic corruption worldwide that those in positions of worldly power have engaged in and kept hidden from the populace for eons.

Lust has been mistaken for love for a very long time, and because of the intensity of that feeling and desire – for sex, property, money, or power (all of which can become irresistible addictions, and, of course, all addictions are simply desperate calls for Love) – it has tended to override and in fact crush or bury the normal feelings of honesty and integrity which are absolutely essential in relationships of any kind and at any level.

You were all created free by God. You then used your freedom to build the illusion – an unreal place of severe limitation – immersed yourselves in it, learned to believe that it was real, and then almost convinced yourselves that it was the only reality. Some of your scientists are still working very hard to prove that that is indeed the case!

As more and more people began to claim their freedom to think and behave as they chose, instead of being controlled by the authoritarian mores imposed on them by religion and society, respect for the rights of individuals to live freely and unjudged, following whatever personal lifestyles suited them, has grown. The understanding of the meaning of the word “free” has also grown, and so has the understanding that “to love is to set free.”

It is this growing awareness throughout humanity, although frequently not yet clearly expressed, that Love is your nature and that Love is the only solution to any issues or problems, that is leading you forwards towards your awakening with such rapidity. That moment is close.

The wondrous effects that the Tsunami of Love is bringing about all across the world are quite amazing, and all of you are aware of at least some of them. When doubts arise within you about Reality, Love, God, the divine Source, and the plan for humanity’s imminent awakening, remind yourselves of the occurrences or events of which you are aware that prove conclusively for you that you are not being misled, that you are not insane.

Ask for a Love squeeze from your favorite saint, angel, the divine Mother, Jesus, or to whomsoever it is that you address your worries and concerns. Expect to be comforted, to feel the Love that envelops you, and you will. Even the slightest or faintest impression or sensation you experience is the result of your call to us and of our instantaneous response. You are never alone, forgotten, or abandoned, it is just your immersion within the illusion that produces that sensation.

Continue to hold the intention for yourselves and for humanity to awaken. You are on Earth at this moment to do just that. You knew that you would find it very difficult at times because the illusion seems so dark, so impenetrable. But you also knew that you could not and would not fail because you are never alone as you hold your brilliant Light on high, showing the way to so many who, without your Light and your Love, would have given up. On Earth, as humans, you really can have no idea of the immensity of your power and how it is spreading constantly across the world bringing hope, comfort, and yes, certainty, to so many who would otherwise succumb to the numbing unbelief that the illusion feeds on.

You are all divinely honored, blessed, and filled with Grace in every moment, and the task you have set yourselves under God’s constant guidance will be achieved exactly as God intends. No other outcome is remotely possible.