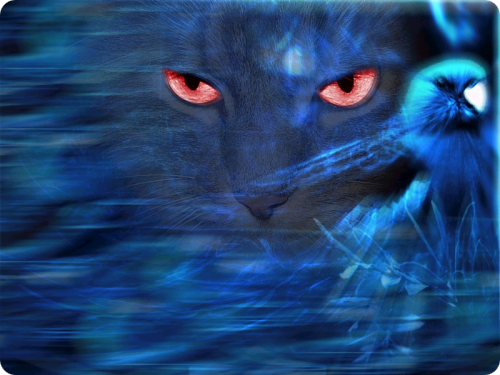 The world is headed for some turbulence over the coming months as part of the final removal of the Khazarian mafia from control of the Western financial system, multiple sources, including Japanese government, MI5 and pentagon officials say. The world missed a recent window of opportunity for a peaceful settlement of the financial war, they said. As a result, several stubborn hold outs of the cabal, like Israel and their Washington DC stooges, will have to be removed through war and through the engineered collapse of most of the large cabal financial companies, the sources say.

This will result in chaos in Europe and several regional wars notably in the Korean peninsula, the Middle East and the US.

The situation in Europe might be the first to blow up as a result of a financial chain reaction expected to be triggered by an unavoidable Greek default, the sources agreed. German Chancellor Angela Merkel’s recent visits to China and Japan were aimed at getting money to prevent the collapse of the German financial system when Greece defaults. She returned mostly empty handed, Japanese and Chinese government sources say.

One indicator of how unusual the situation is was a joint statement published last week by European Commission President Jean-Claude Junker and Greek Prime Minister Alexis Tsirpas that called for higher pensions and wages for Greeks. In other words it showed political opposition to bank imposed austerity.

Greek Finance Minister Yanis Varoufakis, for his part, proposed creating a new development agency or economic planning agency to start rebuilding the Greek economy. To make this possible he proposes putting all of Greek bad debts into a “bad bank” or garbage can bank. This is in effect proposing a default.

If the Greeks default on their over $300 billion in debts, this will create a domino effect that will pull the rug out from over $500 trillion worth of derivatives that are creating the appearance the European banking system is solvent, MI5 and other sources say.

A Japanese fixer in charge of high level financial transactions and an MI5 source both said the BIS or central bank for central banks in Switzerland was broke and was jacking up stock prices in Europe, Japan and the US to try to camouflage this. However, the sources said the Greek can might be kicked down the road until September or October.

The Greeks have also been working closely with the Russians and Chinese to make sure they get new financing from the East in the event of a default to the IMF and the Germans.

This Greek situation is likely to put an end to a different scenario being engineered in the UK by newly re-elected Prime Minister David Cameron and his EU masters in Brussels. The scenario they planned was to use the boogeyman of Scottish independence to force greater UK integration into the EU and put an end to British moves away from the EU. It is clear that Nigel Farage, head of the UK Independence Party, was put under some sort of threat to force him to pull his punches during the recent UK election campaign. However, the Greek situation is expected to make this whole plan obsolete because the EU itself will be struggling to survive.

The British financial elite have, in any case, already linked their financial system with China and Asia in order to insulate themselves from the upcoming German/EU collapse, Japanese, Chinese and British sources agree.

The situation in the United States is also headed for more chaos and possibly even civil war. The clearest sign of this has been all the major explosions of oil trains, power plants, factories and other infrastructure across the US. Here for example you can see pictures of a nuclear power plant explosion and a train fire that took place last week:

Pentagon sources say that a civil war is possible between the US military and mercenary armies paid by the Khazarian Mafia. The recent talk in the Khazarian propaganda press about some operation called “Jade Helm” is aimed at inciting Americans into believing US armed forces are their enemy. In addition, the Khazarians are now saying ISIS (Israeli Security Intelligence Service) is in the US ready to start trouble.

The latest economic indicators further show the US economy has fallen off a cliff in April that is even bigger than what was seen after the Lehman shock of 2008.

The Khazarian Mafia is also issuing veiled threats it will “blow up” emerging markets. Timothy Adams, head of the Institute of International Finance, which represents the world’s biggest banks, issued this threat in a recent report.

However, US and Asian government sources say most of these big banks would be shut down despite these threats because they represent the Babylonian debt slavery system that is being dismantled in order to free humanity.

A visible sign of this dismantling was also seen in Canada last week. There, the Canadian Broadcasting Corporation nationally broadcast a detailed program about a victorious but now being appealed lawsuit to force the Bank of Canada to cut its ties with overseas financial oligarchs and return to its original mandate of providing interest free money to the government. In other words, the Bank of Canada is likely to once again become a government institution and not a tool of Khazarian Mafiosi.

The situation in the Middle East is also going very badly for the Khazarian mafia. The pentagon is aligning with the Iranians against the Zionazi Khazarian regime there. Japanese intelligence agency and pentagon sources both say some sort of final showdown is expected before the situation there finally calms down. The Saudi Arabian government is also now waking up to the new reality and may cut off its secret alliance with Israel in an attempt to keep in power, the sources said. The Israelis and Saudis have already used nuclear weapons against both Syria and Yemen though, so some sort of payback is inevitable. The turbulence in that region is expected to continue for some time.

There is also going to be some trouble in the Korean peninsula because one of the most stubborn cabal hold-outs is the regime in South Korea, according to a high level Japanese intelligence agency source. Their refusal to accept peaceful reunification of the Korean peninsula means that a war will have to be started between North and South Korea, he said. The scenario, worked out between China, Russia and the Pentagon, calls for Russian and Chinese threats of all-out war to prevent US forces stationed in South Korea from coming to the South’s aid during a series of missile attacks on Seoul. After some retaliatory attacks against Pyongyang a missile is going to hit Japan. This missile will be used as an excuse by the US military to act as a peacemaker and force reunification of the Korean peninsula, according to this source. At the end of the day North Korean strongman Kim Jon Un’s older brother, Kim Jong Nam, would become the ruler of the unified Korean peninsula, he said. Korean royal family sources agree the regime in South Korea has gone rogue and is headed for serious trouble.

The situation in Japan too is headed for a sea change, multiple sources agree. Prime Minister Abe is only being kept in power because no suitable replacement has been found. However, Abe has been poisoned and can be killed at any moment so Abe will read whatever script is put in front on him in order to survive, multiple Japanese power brokers say. His recent disgusting performance in Washington, though, has led to a renewed campaign to replace Abe. This can be seen by the fact that nationally broadcast TV shows have come out and said the 311 nuclear and tsunami disaster was a terrorist attack on Japan.

In retaliation, the Zionazi submarine base in New Guinea where the 311 attack was coordinated from was hit four times last week with major bunker busting weapons, Pentagon sources say. This has been reported as four earthquakes in the propaganda press.

In addition, national newspapers have reported that even Japanese Members of Parliament are now allowed to read the Trans Pacific Partnership (TPP) agreement documents. The fact that this is in all the newspapers and TV shows makes it clear nobody in Japan is going to allow Abe’s slave regime to stuff TPP down Japanese throats. The Rockefeller family has already pulled out of Japan meaning that their stooges like Abe no longer have any real backing. That can be seen by the fact that Citibank’s Japanese operations have been sold and Rockefeller oil companies have also left the country.

Finally, Russia staged a big parade on May 9th to celebrate its victory in the Great Patriotic War against Nazi Germany. What was interesting about this years’ celebration is that soldiers from China, India, Serbia, Kazakhstan, Belarus, Mongolia, Armenia, Tajikistan, Kirghistan and Azerbaijan also participated in the parade. This is a clear message that any attempt to provoke Russia further in the Ukraine will lead to a full world war. The Pentagon is not about to take on this coalition to help Ukrainian Zionazis.