Links to Research Resources for Studying the World Order The Powerlessness of Now

Heaven is the decision I must make Help others find this article: Digg It! or Bookmark It! Egyptian Quote of the Year

"I arise on wings of aspiration to Thee, O Isis. Come, descend from above, arise from below, expand from within—and fill me, Goddess. From the rising bud of the lotus, to the mighty branch of the sycamore, to the Moon and Sun which are Thine eyes, to the Stars which entwine Thy hair, all the Universe is Thine, Isis—as am I. O Isis, Goddess, Mother, Sister, Queen—the Ways are open unto Thee—I am open unto Thee" "Turn your eyes away from fear. Discontinue the conversations of fear if you choose to embrace the fullness of your heart"
- St Germain
through Ashamarae, 2009

"If you focus on the sweeter things of life, that's exactly what you're going to get out of life" - St Germain
through Ashamarae, 2009, AFW
www.awakeningfromwithin.com “A light heart is a magnet for all that you love”
- St Germain
through Ashamarae, July 2009 "Alchemy is the science of the mystic and it is the forte of the self-realised man who, having sought, has found himself to be one with God and is willing to play his part." - Beloved Saint Germain “My whole teaching consists of two words, meditation and love. Meditate so that you canfeel immense silence, and love so that your life can become a song, a dance, a celebration. You will have to move between the two, and if you can move easily, if you can move without any effort, you have learned the greatest thing in life.” – Osho (Come, Come, Yet Again Come).

“A real Master is not a teacher: a real Master is an awakener. His function is totally different from a teacher; his function is far more difficult. And only very few people can stay with a Master because to wake up after millions of lives is not an ordinary feat; it is a miracle. And to allow somebody to wake you up needs great trust, great surrender.” - Osho

"The moment you start seeing life as non-serious, a playfulness, all the burden on your heart disappears. All the fear of death, of life, of love - everything disappears." - Osho

“Whatsoever you are, there is nothing wrong with it. Love and relationship has not to be destroyed; only meditation has to be added to it.” - Osho

“I do not ordinarily make prophecies, but about this I am absolutely prophetic: the coming hundred years are going to be more and more irrational, and more and more mystical. The second thing: After a hundred years people will be perfectly able to understand why I was misunderstood — because I am the beginning of the mystical, the irrational. I am a discontinuity with the past. The past cannot understand me; only the future will understand. The past can only condemn me. It cannot understand me, it cannot answer me, it cannot argue with me; it can only condemn me. Only the future…as man becomes more and more available to the mysterious, to the meaningless yet significant…After a hundred years they will understand. Because the more man becomes aware of the mysterious side of life, the less he is political; the less he is a Hindu, a Mohammedan, a Christian; the less is the possibility for his being a fanatic. A man in tune with the mysterious is humble, loving, caring, accepting the uniqueness of everybody. He is rejoicing in the freedom of each individual, because only with freedom can this garden of humanity be a rich place.” – Osho (The Osho Upanishad). "There are many paths to enlightenment.
Be sure to take the one with a heart."
~ Laozi

“Giving to others selflessly and anonymously, radiating light throughout the world and illuminating your own darkness, your virtue becomes a sanctuary for yourself and all beings.” ~ Laozi.

is the best cocktail
(St Germain)

“Water is the only drink for a wise man.” ~ Henry David Thoreau

How to Charge your Water:

Each one try this, and if you do not feel results at first, just go on, for you certainly will as you use it more and more:

"'I AM' the Presence charging this water with the Life-giving Essence which I absorb and which renews my body in Perfect Health and Eternal Youth."

I also used this to charge the water that makes up my body - I placed my hands on my body stating:

"'I AM' the Presence charging the water in this body with the Life-giving Essence which I absorb and which renews my body in Perfect Health and Eternal Youth."

Another way from Quan Yin to charge water:

(Our water is under attack!)

Love is what matters. Indigo must shift to Crystal, to full consciousness. By demonstrating unconditional love in all his dealings with people and under all pressure Michael passed on to the summit of the astral realms. John Lennon - referring to himself as an ascended master - introduced him as 'Moonwalker' in the channelling circle I was in for a brief time. So he is a powerful guide and through continued loving service to humanity will soon ascend to the 5th dimension himself. "What we need to learn from children isn't childish. Being with them connects us to the deeper wisdom of life which is ever-present and only asks to be lived. They know the way to solutions that lie waiting to be recognised within our own heart. Today, I would like to thank all the children of the world including the sick and deprived. I am so sensitive to your pain." - Michael Jackson (at the 35th Annual Grammy Awards, 24 February 1993, Los Angeles, California).

"The whole world abounds in magic. When a whale plunges out of the sea like a newborn mountain, you gasp in unexpected delight. What magic! But a toddler who sees his first tadpole flashing in a mud puddle feels the same thrill. Wonder fills the heart, because he has glimpsed for an instant the playfulness of life." - Michael Jackson (From 'Magic,' Dancing The Dream, 1992)

“We have to heal our wounded world. The chaos, despair and senseless destruction we see today are the result of the alienation that people feel from each other and their environment. Often this alienation has its roots in an emotionally deprived childhood. Children have had their childhood stolen from them. A child’s mind needs the nourishment of mystery, magic, wonder and excitement. I want my work to help people rediscover the child that’s hiding in them.” – Michael Jackson (Dancing the Dream, 1992, p.80).

"And my goal in life is to give to the world what I was lucky to receive: the ecstasy of divine union through my music and my dance." - Michael Jackson

Breathing fully means that we are allowing our connection to the Source. Shallow breathing is a sign of denial of, and resistance to, our Divinity

"Fill yourselves with love, with joy. Breathe in the prana. Breathe deeply. The prana is once again available to you, in such magnitudes as you have not known since Atlantis. It is the Elixir of Light, it is the Love of all Creation, it is the Adamantine Particles, it is the foundation of all life, all Creation. You have The All available to you, by simply breathing deeply throughout your day. A gift from the Creator. Take advantage of this blessed gift and breathe deeply, Dear Ones. You will lift yourselves up once again to the heights which you are soon to experience, a civilisation far surpassing Atlantis, as this time, there will be no darkness. There will be no misuse of power. You have come through the darkness and are emerging into the light and the light will allow no darkness. That Dear Ones is the beauty of the Now Moment which you are entering. You have succeeded and you will live and breathe the Love and the light and the joy and the peace and harmony, and you will experience the abundance which is your Divine birthright." - Archangel Michael (channelled through Michelle Coutant, ‘Claim Your Personal Power & Be the Love of Your Sacred Heart,’ 29 June 2010) Mahalaya heralds the advent of Durga, the goddess of supreme power. It is an invitation to the mother goddess to annihilate the evils of the world by her Supreme Goodness 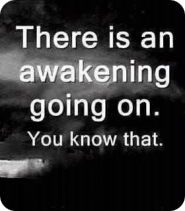 Love is all there is 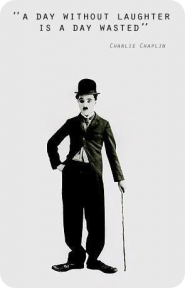 Don't be a stranger

It's cold outside, There's no kind of atmosphere, I'm all alone, More or less. Let me fly, Far away from here, Fun, fun, fun, In the sun, sun, sun.

I mean no copyright infringement by the posting of pictures, videos, etc. on this website. I do not in any way claim the rights of ownership to any of them. They totally remain the property of their respective owners. I have posted them purely for entertainment purposes only. All written content, unless otherwise noted as being quotes or articles by other people, has been written and copyrighted by me.